What do you know about JDM culture?

By common meaning, it is a Japanese car that has been customized mainly for sports purposes, but not limited to a car speedy performance only. Japanese style is what most Japcar lovers chase for, where one of JDM accessories makers like Garson DAD helps the most. Keeping the main goal of customizing the car performance which makes it very close to motorsports classification, where the outer appearance might change very slightly, but horsepower indexes might bring the car to circuits and drifting arenas.

Well, comparing to USDM cars, JDM ones are quite different at least in terms of vehicle owning period and the average travel distance per year. While the average American user owns a car for about 10 years, Japanese owners contend with a strict motor vehicle inspection and gray markets.

Let us share some great examples of the Japanese Style customizing shape outcome! And some pieces of JDM trucks:

YouTube has become an indispensable service for everyone from early kid age to adults! And this is an unpausing trend developing too fast from year to year.

We suppose the question is useless. And since there are lots of YouTubers influencing various trends, there should not be an issue with the preferrable content availability at all. This time we would like to introduce some cool Japanese YouTubers and their videos that are popular among car lovers in Japan.
If you are crazy about car customizing and JDM culture, this is right for you.  Make sure we have not aimed the point to share the channels with a million subscribers and even not appealing you to subscribe to anyone, but just sharing the attractive videos explaining more about JDM. Better to see than read.

The first nomination is going to the “RED Memory” channel with over 380,000 subscribers!
This is the most popular video of his channel reached a bit more than 10 million views. Can you just imagine it? We have watched it and the guy had really done a fantastic job when rebuilding his Silvia. Watching this 10-minute video you won`t really get that it took him almost 4 years for Silvia transformation.

The next best award goes to a “VIDEO OPTION” channel with 233,000 subscribers.
These guys specialize in the car entertainment and JDM culture with English subtitles on some videos only. The reason why they took the second position is because of their report video on the biggest annual festival for lowered car owners in Japan. The reporter guy is a D1 Grand Prix driver been visited the event and took all the interviews. You are able to watch JZX110 Verossa coming to the event annually, American Mazda B2600 (JDM version is Proceed), the coolest RHD Silvia S13 rebuild from RHD to LHR with a custom engine made from “zero”, JZS161 Aristo with T88 turbo with over 1000-horsepower (its driver drifted so hard and was caught during a nap edge), the lowest Silvia S13 whose owner rebuild its entire floor (he just cut all the original floor and lowered all body for 5 cm more than it was a year ago, thus the muffler pipe bulge in the salon and he still wants to do it lower being possible to drift – crazy?!) and the last one is Silvia S14 with a hand made sunroof.

All these guys have been taking part in the festival every year and of course, their participation will end up drifting and having fun. What changes with they come up in next season only God knows.

The video from the previous year’s festival could be seen here as well. This video does not contain English subtitles as well and he is speaking in Japanese only, but we believe you will be able to enjoy the JDM cars by watching the video.

The next channel we would like to introduce is quite an interesting one created back in 2015 with around 58K subscribers.
Yuro san, the channel owner, sharing a GTR with his father and creating very cool videos about JDM cars driving on Japanese streets.
Why did we choose him?

One of his videos contains we believe the coolest customized Toyota 86 collection with a budget of over $100K each. There are several Toyota 86`s and each of them is cool enough to say WoW.

Any R35 GTR owners here?
“Volvic” Channel (Borubiku Chaneru, ボルビックチャンネル) is also not so huge, with only 28K subscribers, but a video we would like to introduce contains R35 GT-R Powerful Explosion Parade near the Mt. Fuji.

The next channel called “Star No. 1” (“Hoshi Ichi Ban” in Japanese, 星一番) is dedicated to Japanese Customized Trucks. Have you ever seen how they do it?
This guy`s channel has 40K subscribers and we believe it is really one the best ones in the cool JDM truck theme. We suppose the truck customizing budget is also high enough to restrain from such a crazy hobby :-))

And the last YouTuber is going to be our young Formula drifter – Kazuya Taguchi. We suppose someone of you has already heard about his debuting on US Formula Drift events last year.
The whose drifting experience started a long ago at his 19 years old age in Japan.
He is a part of Team Up Garage and now residing in the USA, taking part in US Formula Drift Events and implements the UPGARAGE USA project in order to spread the JDM culture in the USA.

His channel is quite new, but he is really doing cool things on customizing his cars and had even built a drifting bicycle lol

Every one of you, being a true car enthusiast is caring much about your car and we are pretty sure exchanging and modifying anything like body parts, lights, and wheels, etc in order to make your car cooler.
What to do with the parts being removed? Throw it away, or just present it to someone who could not probably even use it?
Let us share how it works in Japan. While the local car enthusiasts are zeal about their hobby they are big fans of, they shop new parts very frequently. This creates a very high demand for JDM parts we are selling.
We believe one of you might be already faced with a case when your order placed was canceled due to lack of stock (sold out at the store earlier). Sorry about that, but the Japanese market is really very huge and local car amateurs are not sleeping, but having their eye on a dream part which might be rare or difficult to source. This comes up with the scene where their old parts are becoming irrelevant. Have you faced this as well?
Japanese people are very careful about the environment and doing their best to utilize all staff they do not need in a proper manner. They even do not waste their invaluable time for storing, but just sell them out.
When it comes to getting rid of the staff they do need anymore (just reminding you we are in Japan) in a country where the entire processes are well-developed, the local people just use the decisions available. All the services and facilities in Japan are organized in order to satisfy the customer’s needs in the first place and the “Customer is God” rule works here very well.
Thus UPGARAGE outlets, located all across Japan, are reselling these irrelevant JDM parts for other users who are keen to use them for their own cars. Make sure most of the parts are really unique, rare, handmade, OEM, genuine, and cheap enough. The first video above, you have just watched on the “RED Memory” channel, where the guy is building his custom Silvia on his own. The parts he has might come in our stock later and could be reused by another enthusiast so our Earth is getting less garbage and pollution. The UPGARAGE staff deal with care, wash them, and deliver to one who is in demand.
Japanese laws and regulations are quite strict and do not allow any business to sell useless staff in Japan and the Reuse Policy in the country of the rising sun is really the Holly one here.
We believe we are doing a big contribution to developing the JDM culture and implementing the “Save the Earth” program by doing our best to have the used parts being reused as much time as possible before they go to trash.

Don’t forget to visit our Croooober store once in a while! 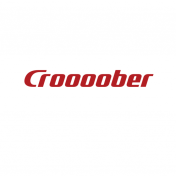