Enkei Wheels – Everything you need to know about them

Founded in 1950 Shizuoka, Japan, Enkei Wheels (pronounced as “An-K”) is the leading wheel manufacturer in Japan that specializes in lightweight wheels. Annually, they produce roughly 25 millions wheels – That’s around 68,000 wheels only a daily basis! That is some crazy number over there!

The meaning behind the brand name

The company has not provided any official information behind their brand name. However, since the name “ENKEI” is written in Katakana (a Japanese alphabet used to represent English word), we speculate it either has nothing meaningful behind or it’s a wordplay based on how ‘Enkei’ sounds in Japanese.

The sound, Enkei (えんけい), has three possible meanings in Japanese:

IF there is any significant meaning behind the brand name, we speculate it’s probably the mix of “Circular Shape” and “View into the future” – at least that will sound cooler in my opinion. Imagine that, the “circular shape of the future”… how cool…. sounds so visionary don’t you think?

How are Enkei Wheels made?

All Enkei wheels are made from several different processes, base on the wheel model, they are made using one of these four techniques:

The forging process is probably the most self-explanatory process among the four. The wheel forging process usually involves heating, spinning and hammering. In contrary, the casting process involves metal being heated and poured into a mold.

Forged wheels are believed to be lighter and more durable than cast Wheels. However, the down-side of the forging process is, it comes at a higher cost compared to casting.

At Enkei, their forged wheels are made by pouring Aluminium Alloy into a 1cm² sized silicon shaped and then pulverized by thousand tons of force. Suck to be aluminium alloy don’t you think?

The MAP process, a.k.a Most Advanced Production process, is a wheel manufacturing process developed by Enkei. This process involves rapidly cooling the alloy aluminium molten once it’s been poured into a mold.

Wheels made by using this process is believed to be more durable, elastic and create a more delicate molecular structure. Enkei usually uses this production technique for Motorsport wheels as they have shown great suitability for racing.

For some reason, Enkei has stopped manufacturing wheels using this process – at least none of the existing model uses this manufacturing process anymore. Maybe is due to the confusing name?

Enkei Manufacturing Manager: We need to use the ‘Most Advanced Production’ Technique

Factory Workers: Okay, show me the way to do it

Enkei Manufacturing Manager: No, I meant we need to use the ‘Most Advanced Production’ Technique, the one our company developed

Factory Workers: Oh… You meant the ‘Most Advanced Production’ we came out with?

Confused? So am I. No wonder they stopped using this manufacturing process.

MAT, as the name suggested, is the Most Advanced Technology there is to create a rim (pun-intended). On a serious note, Enkei really needs to up their naming game. It really makes me wonder how they pitch to their potential clients:

Enkei Marketing Team: We have came out with the most advanced technology to create wheels!

Potential Client: Sounds awesome! What is it called?

Potential Client: I know! What IS IT CALLED?

Pure confusing! Okay, not more jokes, back to what is MAT process is all about.

MAT process is a rim creation method by spinning, used to create 2-piece and 3 piece rim. First, the aluminium alloy is poured into a mold, the casting is then spanned at super-speed while being forged at the same time. The shape of the rim is then formed in the process.

It is said wheels formed in this process is comparable to a forged wheel in term of strength and durability. It also seems to turn out to be lighter. The molecule structure of the wheel formed when it’s manufactured using this process is shown in the graph below: In addition, wheels made using this process is also found to be lighter than forged wheels.

Just like the MAT process, the aluminium alloy is first cast into a mold but this time, the casting process is done using a special technique called “Durville Die Casting”. The finished product then goes through the MAT process, which it is span at super-speed while being forged at the same time.

So what is the “Durville Die Casting”? Truth to be told, I have no idea. There is so little information about it that I only manage to find a definition from a dictionary site. There isn’t even a wikipedia entry about it! What’s more, all the pages that came out from Google has the SAME one-liner:

Durville process : A casting process that involves rigid attachment of the mold in an inverted position above the crucible. The melt is poured by tilting the entire assembly, causing the metal to flow along a connecting launder and down the side of the mold.

Talk about creepiness! Oh well, I guess is a closely guarded manufacturing secret! Okay, back to the topic. Wheels made using this process create a “metal flow” structure at molecule level. The strength and performance of wheels made using this process have verified by testing on vehicles participating in Motorsports.

Where are they made in?

There is a total of 19 Enkei wheels factories all around the world currently. These factories are located in nine different countries – Japan, USA, Thailand, Malaysia, China, Philippines, Indonesia, India & Vietnam. Even though they have a lot of factories all around the world, the majority of their factories are still located at Shizuoka, Japan. Outside Japan, the US and China have the most factory counts, with two factories located in Indiana, USA. and three located in China.

So how much is an ENKEI Wheels?

Like any other wheels out there, ENKEI Wheels prices vary by model, wheel size and specification. For example, a new 18-inch ENKEI rpf1 wheel will cost around  $260 to $320 USD per wheel.

TIPS: If you are looking for some rare ENKEI at an affordable price, it is highly recommended to crawl through Croooober, as they offer a lot of rare wheels which are no longer in production.

Alright, that’s all for today. See you guys soon and don’t forget to leave me a comment below to show some loves! So I know I am not going insane by talking to myself within the blog post. 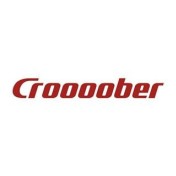 One of Croooober fans` stories – USDM AE86! The history longing for 13 years!